Every day opens a new page – I breathe out negative air and breathe in fresh happiness and bright hope. 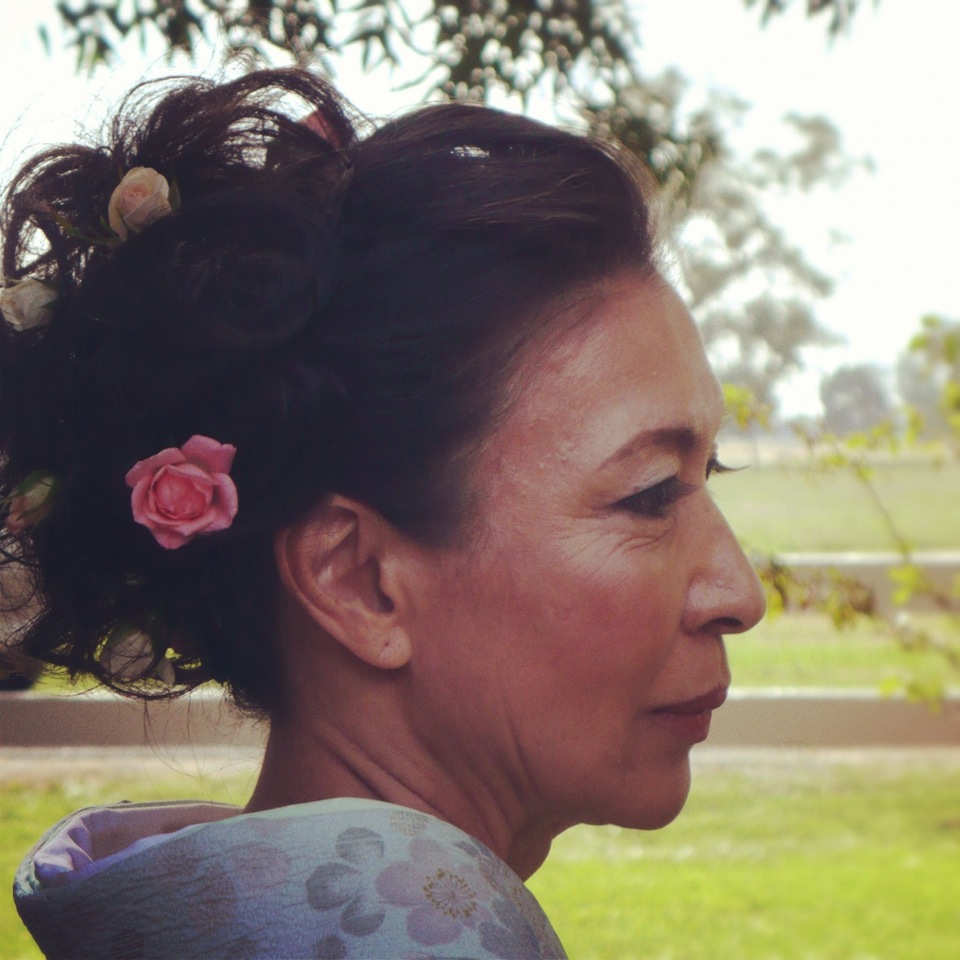 Born in 1948 in Tokyo, I met and married my Canadian husband there.  We moved to Singapore where our daughter was born.  Moving again, we brought up Monica on Australia’s Gold Coast.

Fate has wrought two major changes in my life.  Late in 1999, following my parents’ deaths, I became seriously ill.   After CT scans and a biopsy, I was diagnosed with LAM in January 2000 and prescribed weekly anti-oestrogen injections.  My lung condition meant I couldn’t fly anywhere.  I felt like an old caged bird.

I had always been slim, fit, and active.  Until I was 60, I played competition tennis, enjoyed yoga and ran my own business, despite living with LAM.  I had always felt some breathlessness, but it became much harder to catch my breath.  I now use oxygen 10-12 hours daily.  In and out of hospital every 2-3 years until 2011, I have since been hospitalised several times and am on the list for a double lung transplant.

The second major change was the accidental death of my daughter’s husband early in 2012.  With portable oxygen, I flew to join to my daughter and newborn grandson in Melbourne.  Hospitalised in ICU at The Alfred, I met Dr Helen Whitford and her respiratory/transplant team.

I have been taking Sirolimus 2mg + Statin 10mg and home oxygen therapy for over a year now.  I feel much healthier and more positive, and very happy to have the support of LARA.  I have great friends and a brand new life in Melbourne.  I have very strong bonds with my daughter and grandson.  In October 2012 I was well enough to travel to Paris as my daughter’s gift for my 64th birthday.

“November 2010 is a month I will never forget. This was the month when I was rushed to hospital with severe back pain and came home diagnosed with lymphangioleiomyomatosis, a disease I'd never heard of before.”

LAM Australia thanks the professionals who work pro bono for this not-for-profit organisation.

We highly recommend the services of:

WHAT TO DO IF YOU THINK YOU MIGHT HAVE LAM